This month’s intro music comes following an absolutely stonkin’ company meeting on Monday morning where we entered the perfect February, in the perfect way: groovin’ to some disco-soul that sits right in the pocket. If there was an emoji for this hand gesture, it would go here.

Amanda Gorman – aged 22 – becomes the youngest ever poet to perform at a presidential inauguration in the USA.

Scientists have just engineered spinach which is capable of sending emails. Ray Mears (icon) once described plants as the greatest litmus paper of them all – able to reflect and present the surroundings around them. Oddly enough, some scientists have used this to send emails. (Someone should tell them about mailchimp ?).

Michaela Coel – writer, co-director and star of I May Destroy You – is snubbed at the Golden Globes, by Emily in Paris. The decision has faced huge backlash online, with even a writer from the winning show coming out in support of the UK favourite.

Los Angeles Times have published a list of public space designs from across the globe inspired (demanded) by covid-19 restrictions.

Latest Labour market data from the ONS shows a 44% drop in Women of Colour working in the arts. As Beatfreeks’ new ‘Time and Time Again‘ report highlights, representation on both sides of the camera is crucial in making it authentic. The drop marks an alarming change in a business where representation is increasingly urgent and needed.

This month from DL faves F***Jerry.

We love it when its a digital meme but also a bit of a meme in real life too ??? watch the vid here. Originally by @priscillanand

Okay okay – so this wasn’t published when we did our last ‘proper’ DL and the last one was an emergency DL, so that wouldn’t have worked at all.

We’re trying to skrrrrrrt around the fact that we are STILL talking about best-of-2020 wrap ups. BUT this one is amazing & contains great moves and great looks sooooooooo -> click for 2020 broken down month by month in Tik Tok dances.

—- EXCLUEEDUPSIVES
(Otherwise unreleased content and insights from Beatfreeks‘ National Youth Trends Research. Bringing you the direct thoughts and feelings from young people across the UK)

Okay – we’ve been playing it so coy, but the more diligent among you will have seen us sneek in a couple of references to the latest National Youth Trends report, which dropped earlier this month.

For those who didn’t catch it, it’s called ‘Time and Time Again’ and is about how young People of Colour view represented in the UK.

*Prepare yourselves for a really sincere part of the DL*

We’ve been genuinely really humbled and grateful for everyone who has downloaded, shared and learnt from the research so far. Much more to come, but for now *BREEEEEAAAATH*

Where has Donald Trump Gone?

Oh yes, here he is, appearing as a Baby Blimp, on exhibit in the Museum of London.

—- LIDL MIDDLE ISLE MOMENT
(This mailer isn’t sponsored by Lidl, Lidl is just great)
((If you are Lidl and want to sponsor this mailer, holla))

Three choices in the middle of lidl this week: house plants, valentines day gifts, or kitchenware.

Nothing says I love you like a colour changing kettle. 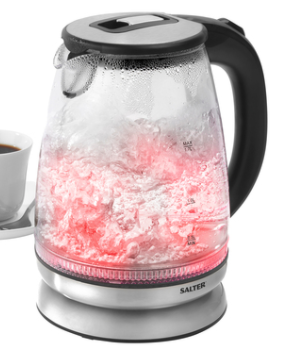 Generally, in Western languages, we’re pretty used to symbols coming after the number or word. Why is it, then, that when we talk wonga, it’s always coming before: £10,000 or (no one mention the Euro) €10,000.

Well according to google search friends StackExchange and its users – its because in paper days it helped to prevent people cookin’ the books! It’s the same reason we use a decimal place and comma in numbers.

If it was 5070$ then it would be easier to make that 95070$. When we write it as £300.00 it makes it harder for people to add numbers before or after the actual amount and get more more for their money.

[Got someone you think could do with the DL? Forward it on over and you’ll be friends forever. Been forwarded this by your bestie? Click here to sign yourself up.]

If this isn’t your cup of chai, then feel free to update your digital preferences here.