?  Welcome to the DL #7 ?
(with Brazilian Christmas Disco from Cristina Camargo)

The DL has taken a leaf out of December’s equal-measures bonkers and genius vibe to put together this mailer. We’re sort-of half-ignoring half-remixing Christmas. Let’s see how that turns out.

The shorthand – we meant no shade with them emojis in the subject line. We don’t want to upset any Christmas cheer. BUT we do want to give you all some non-Christmasy fun lovin’ through this mailer. We’re not gunna say it’s Christmas come early but…

We
have
just
launched
the

It’s got us all giddy and feeling like the wee person in the above gif – a 10 year old, behind a hugggggge drumkit, about to make a whollllllllle lotta noise. ?

There will be more later, but if you really want to, you can go there now and check out some interactive graphs that break down how people answered our questions, some amazing stories from young people, and some hot articles from guest writers relating young people’s thoughts to current affairs. We won’t mind. It’s not cheating on the DL. Don’t stress it. Free Pass. x

The UK is to ban use of Huawei equipment in the rollout of Britain’s 5G network as of next September. The decision comes with ‘new and unprecedented powers to identify and ban telecoms equipment which poses a threat to our national security’.

Last month Netflix set up a a NoRmAL l television channel in France. Honest. 24-hour fixed schedule, you have to watch what is airing, when it’s airing. After the Netflix founder described linear television as ‘like using a horse for transport’, the company’s decision comes as a solution to those times when you just can’t decide what to watch.

A recent study has found that children’s books are eight times more likely to feature animal main characters than black, Asian or minority ethnic protagonists. Just 5% of books have people of colour as their protagonists. The study comes after increased mainstream visibility for issues of representation of People of Colour in the UK. Incidentally, we may have a good deal to say about the topic come the new year, stay tuned for more info below. [*scoll scoll scoll*]

Channel 4 has partnered with a host of UK supermarkets (including Lidl Bae) to #StandAgainstRacism. It comes following racist reactions to Sainsbury’s Christmas adverts that flooded twitter earlier this month. The supermarkets have set aside crimbo advertising beef, to launch their festive campaigns at the same time. The true test will be their long-lasting and embedded commitment to authentically representing People of Colour in the UK.—- ? MEME OF THE MONTH ?

Sort of not a meme, but what u gonna do?

At a time where the outside is all a bit abstract (cold and corona, the devilish duo) we found a youtube channel which pairs sets from famous DJs to pleasant driving scenery.

Together the pairing creates something equal measures beautiful and so-internet: both of which are definitely good things.

If this was a Christmasy mailer, it would be like that moment when you’ve be forced to watched the Queen’s speech before you’re allowed to open your presents. Luckily, this isn’t a Christmas mailer (and also defo isn’t an anti-Christmas mailer, don’t @ me) and things are looking up ➜ you’re now mere inches from our insights filled bumper National Youth Trends section.

Back in September we spoke to 2,000 young people across the UK about all number of things. There was lots to discuss. It’s been that sort of year. Naturally. We’re dropping THREE brand-spankin’-new insights: one article, two interactive graphs breaking down some questions. Feast before the other feast.

?️?️ Have People of Colour Been Isolated From the Covid Narrative? (From guest writer Shazmeen Khalid)

? ? Do Gen Z Think They Spend Too Much Time on Social Media?

—- LIDL MIDDLE ISLE MOMENT
(This mailer isn’t sponsored by Lidl, Lidl is just great)
((If you are Lidl and want to sponsor this mailer, holla)) 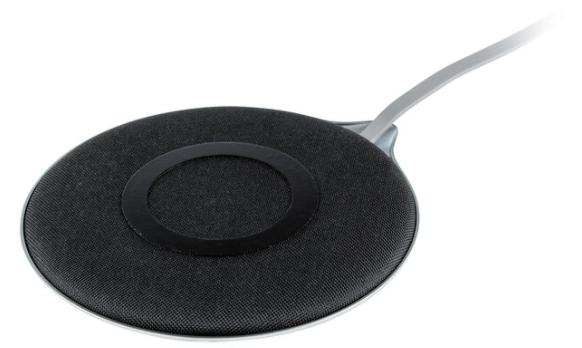 What is that! Hotplate? Speaker? Lidl’s answer to Alexa?

That, my friends, is a Wireless phone charger which costs £7.99.

Is it impossible to read in a dream?

This was maybe in a film once? Inception? The Matrix? Being John Malkovich? Who knows. Anyway according to some blockbuster from the past 30 years, when you’re dreaming, you can’t read letters.

I can confirm that the claim was not some loosely hung plot device. Some researchers (who sound very ominous/official) say that it is impossible for us to process written words in dreams. More than that, they say we don’t actually speak to each other too. While we feel like we’ve communicated with other people, you’ve not done so with words or phrases.

In January National Youth Trends, in partnership Beatfreeks’ Don’t Settle project, will release the first full length report from the data we collected this Winter.

Set against the Backdrop of BLM and Blackout Tuesday, it platforms the views of what young People of Colour think about representation in the UK’s three sectors. It sifts through the good, the bad and the ugly of institutions’ reactions to the movement, and establishes what your organisation can do to authentically represent People of Colour in the service of making genuine, committed change and combatting discrimination.

In short: buckle up, stay locked in, and get your peoples signed up to the DL.

[Got someone you think could do with the DL? Forward it on over and you’ll be friends forever. Been forwarded this by your bestie? Click here to sign yourself up.]

If this isn’t your cup of chai, then feel free to update your digital preferences here.